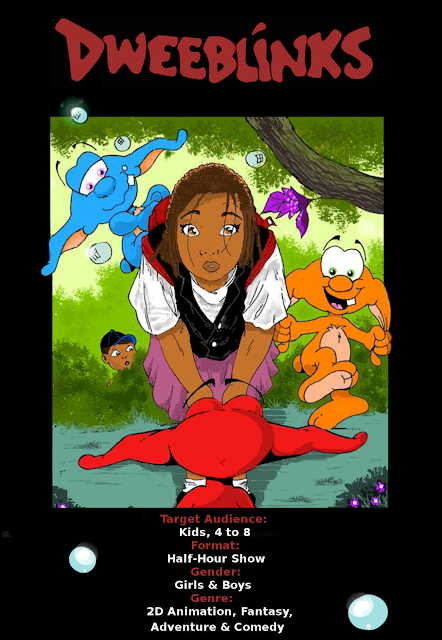 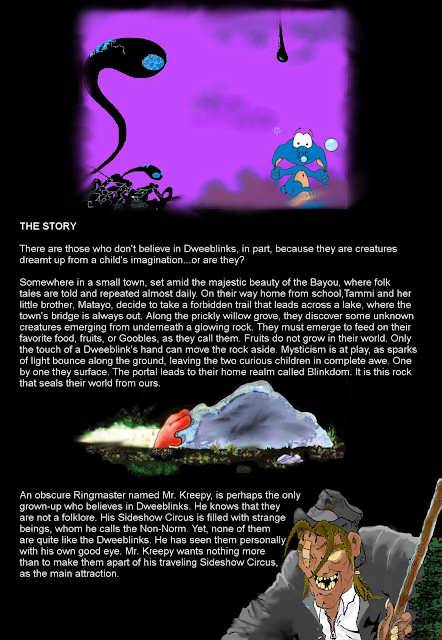 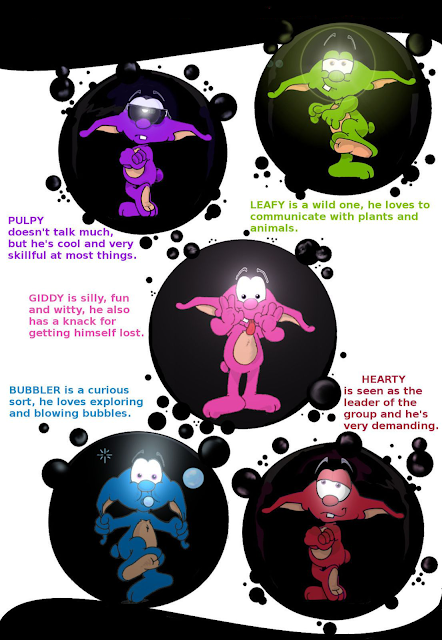 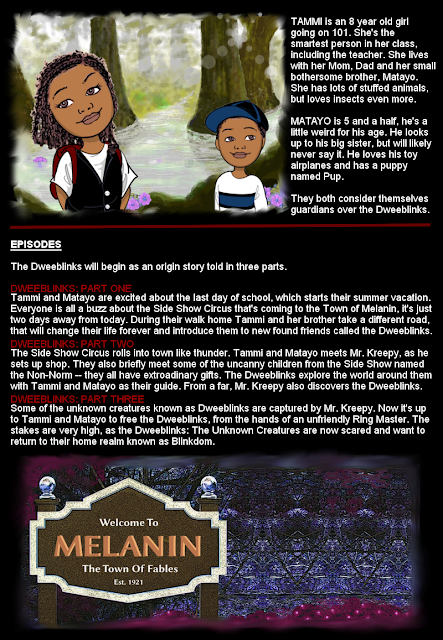 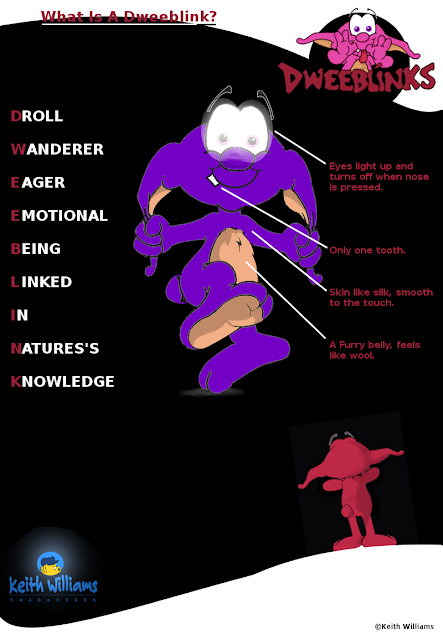 Posted by Keith Williams at 5:35 PM No comments:


In storyboard fashion, some of the artwork based on the Dweeblinks are set to music.

Posted by Keith Williams at 4:30 PM No comments:

There are those who don't believe in Dweeblinks, in part, because they are creatures dreamt up from a child's imagination...or are they? 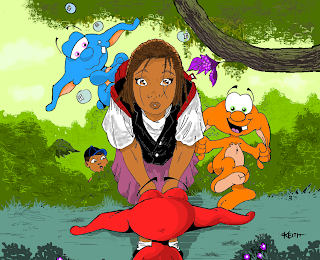 Somewhere in a small town set amid the majestic beauty of the Bayou, where folktales are born and die every minute of the day. Tammi and her little brother Matayo, take a forbidden shortcut while walking home from school. Damned be those who sail across the swamp of the Devil's Gator. Doomed are those who walk on its arable land seeded with serpents, who hide amongst the tall grass. The dim light covers everything with a green hue. Tammi and Matayo watch from behind a bush, as a yellow glow begins to form around the bottom of a rock, that sits alone in a small field of weeds. The rock begins to move to one side, as a hole underneath it gives way to an even brighter light. A scarlet hand emerges as it is witnessed pushing back the rock. Tammi and her brother are horrified, but they can't seem to take their eyes off of the rock. Up pops a small red creature, then an orange one, and then a blue--soon more began to emerge. They have huge eyes that lights-up when you press their nose, protruding ears, three fingers and two toes, with skin like silk and a furry belly that's warm like a hot cup of milk.  They can be quite zany to watch sometimes. When they're scared or when their emotions are running high, they loose their color and turn completely white. Tammi smiles, her brother is still scared and stays put. Tammi walks over to where the creatures are and ask, "what are you?" The creature replies, "I'm a Droll Wanderer Eager Emotional Being Linked In Nature's Knowledge. In short, I'm a Dweeblink. Now then...what are you?"


Their world is known as Blinkdom, a strange environment with one portal to and from their home realm, which is hidden underneath a mystical rock. Only the touch of a Dweeblink's hand can move it to one side, a realm unseen by humans. Unfortunately for the Dweeblinks, Blinkdom lacks the essential sustenance that they crave so much, fruits, or as the Dweeblinks like to call them...GOOBLES! It's one of the reasons why our world is so appealing to them. 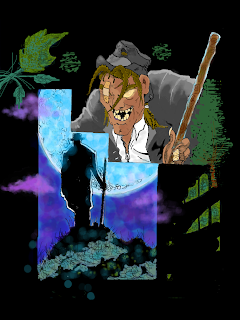 As a child, Bryan D. Kreepy grew up in the Bayou, as a young boy he collected insects of all kinds. In school he kept to himself, because he was ostracized by the other students over his love of insects...even roaches. Although going to class was harsh and living a hard knock life was even worse. Bryan excelled academically; Show and Tell was where his brilliance would shine. He knew everything about insects, rodents and all kinds of exotic animals. It was a school day during a Show and Tell, is where Bryan met his first friend, Lenny. They would play together, discover new adventures and become the best of friends.

The next summer, Lenny's parents, a very wealthy couple, invited Bryan to go on a trip with them to Brazil for a few weeks--to which he gladly accepted. Bryan couldn’t sleep, he was excited about all of the critters he was going to see. Plus he was with his best friend, Lenny. Once there, on their first outing together, they headed to Brazil's tropical rainforest. Bryan would tell Lenny all about any insect or small rodent that they would come across. Once they were in Brazil, and during their first trek together. Sometimes the two would play hide and seek. One day, when out in the woods, Lenny spotted a frog, it was a poison dart frog. Its bright color was visually appealing to him, as it would be to any child. Not knowing of its lethal danger, he picked the frog up. Soon after, Bryan finds Lenny lying lifeless, as he turns to see the poison dart frog jumping back into the water. In a blind panic he runs for help. Stumbling through and over bushes and down rough terrain, he falls on a sharp rock and blinds himself in his right eye. A continuing roll down a steep hill also shatters one of his knees -- he will walk with a limp for life.

Bryan wakes up in the hospital, he's going to be as well as expected. There is no physical pain that can match the hurt that runs inevitably over and over again in his mind. Bryan doesn't talk about his ordeal to anyone, he keeps it bottled up inside him, he blames himself for everything. He has made himself numb to other people's feelings, including his own. It's how he deals with it...it's how he lives. As time passes his mental state becomes radically worse. He talks to himself in a third person, and feels that insects and animals should be placed above human beings in society. There is a cause for concern.
44 years later, as an adult Mr. Kreepy owns his own traveling Sideshow Circus, he has adopted 13 uncanny children. The are all very different from other children and have certain attributes that attract people's attention. They are all apart of what he calls the Non-Norm. They are all apart of his Sideshow Circus. He hardly ever let the children go out to play, he doesn't want people to get use to seeing or being around them. This course of events will eventually lead Mr. Kreepy to his greatest discovery, his greatest Non-Norm the world has ever seen...The Dweeblinks.
Posted by Keith Williams at 2:00 PM 2 comments: 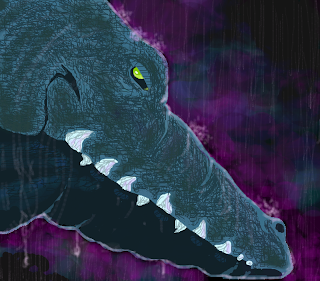 Part crocodile, part alligator and full bleed hellish beast. It can be found in the deepest part of the Bayou's river. The only time that this creature ever emerges is, when there is nothing left for him to feed on in the water. If it comes on land, it's on the hunt for anything that moves--it can eat an elephant like a cupcake. The scales on its back can cut through steel. Darkness and the slightest hint of rain is its calling card. It is said that the beast has the ability to vanish and reappear anywhere on Earth--or perhaps, its size is so enormous that people may think they are seeing him in various places at once. It carries many names; Crocogator, Demon of the Bayou and The Devil's Croc to name a few. But it also carries many lost souls in its belly. This thing, this monstrosity, although rarely seen by human eyes, has haunting the depths of the Bayou for centuries. It is the one non-norm that even Mr. Kreepy is horrified of, but that's not to say that he isn't intrigued about someday capturing this beast-spawned killer Crocogator. When this creature has fed, like the predator that he is, it simply slips away into the dark of the abyss.
Posted by Keith Williams at 11:30 PM No comments: 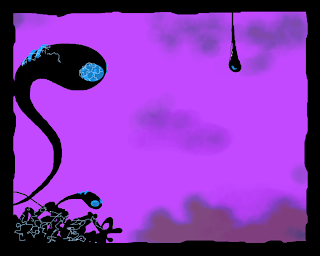 The Connectionals are a group of living components powered by static electricity. Every single part of them are connected to one another, through a network of durable shape-shifting body parts. Within them lies a tapestry of billions of tiny conduits and a small but complex brain, that guides them to their next burst of electrons. These creatures dwell in the Dweeblinks' home realm of Blinkdom. They can be found almost anywhere and span thousands of miles apart from one another, yet, they are all one single elongated being. The Connectionals are some of the greatest travelers in Blinkdom, each part of them can move at great speed when need be, or at a very slow pace. They are also used as vehicles by the Dweeblinks. They sit on top of their head and they'll take you anywhere that you wanna go, as long as you give them what they want...a little static shock. Luckily for the Dweeblinks they have furry bellies and feet pads to generate enough static electricity, to pay to the Connectionals for their service. These strange beings help to keep the energy level balanced to sustains life in Blinkdom. It is said that without the Connectionals the Dweeblinks' realm could not survive.
Posted by Keith Williams at 11:09 PM No comments: 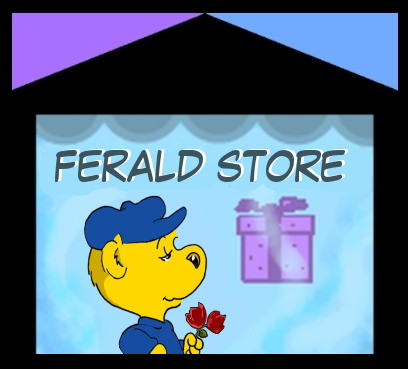 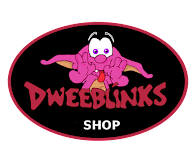 Keith Williams
I'm a self-taught artist and cartoonist from New York. I take great pride in turning a blank piece of paper into art. My characters are designed for the medium of publishing, merchandise and animated projects.

All images © Keith Williams. All Rights Reserved. Reproductions are strictly prohibited without written permission from the Artist/Creator. 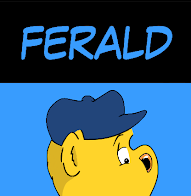